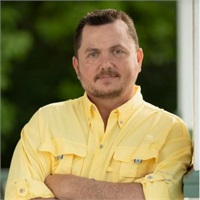 The thing Alan enjoys most about being a Financial Advisor is the many clients that have become close friends and helping them reach their financial goals.

Alan was introduced to the investment world at the age of 14 when his father took him to see a stockbroker. He had an immediate interest in investments and seemed to have a natural understanding. By the age of 18, he had taken sole responsibility of his investment portfolio. This eventually led to his career in the financial services industry.

Alan started his career in the Investment and insurance industry in 1998. In 2002, he decided to become a Registered Representative of United Planners Financial Services. He has earned series 6, 7, 63, 65 and 24 securities licenses as well as his life, health, and accident insurance licenses. He has completed extensive training in investment and insurance strategies from some of the industry’s most respected organizations and works with people of all walks of life. Alan enjoys giving back to his community, and one of the ways he has done so was co-founding and serving as former President of the Financial Management Organization at the University of Louisiana at Monroe. Alan also co-hosted a radio show, “Money Talks,” on a local station, and he was a regular guest on KNOE TV8’s “Good Morning Ark-la- miss” show for over 3 years where he offered financial tips and advice. Alan has written many articles for local newspapers over the years and enjoys helping people improve their financial situations.

Alan was raised in Northeast Louisiana, and lives there today with his wife, Miriam. They have two sons, a daughter, a daughter-in- law, and one grandson. They are actively involved in both church and their community.

In his spare time, Alan enjoys hunting, fishing, scuba diving, and competitive archery. More importantly, Alan enjoys sharing his Christian Faith and how God supported him through his battle with Multiple Myeloma.